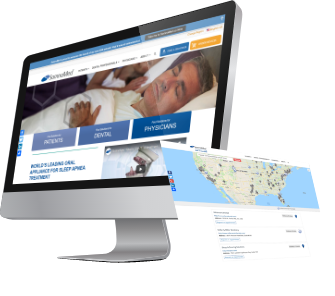 SomnoMed is a global provider of treatment solutions for sleep-related breathing disorders such as obstructive sleep apnea, snoring, and bruxism.

A multi-pronged approach to organizing, securing, repairing and speeding up the entire 19-site platform. At a high-level, the plan called for:

SomnoMed’s previous digital agency had deployed all 19 of their localized sites on WordPress multisite, then neglected to update WordPress core and over 20 plugins for about two years. As a result, the client was frustrated with frequent content management problems, server errors, SEO issues and lack of support from the outgoing agency.